Wigs and Nails: Not A Misplaced Priority 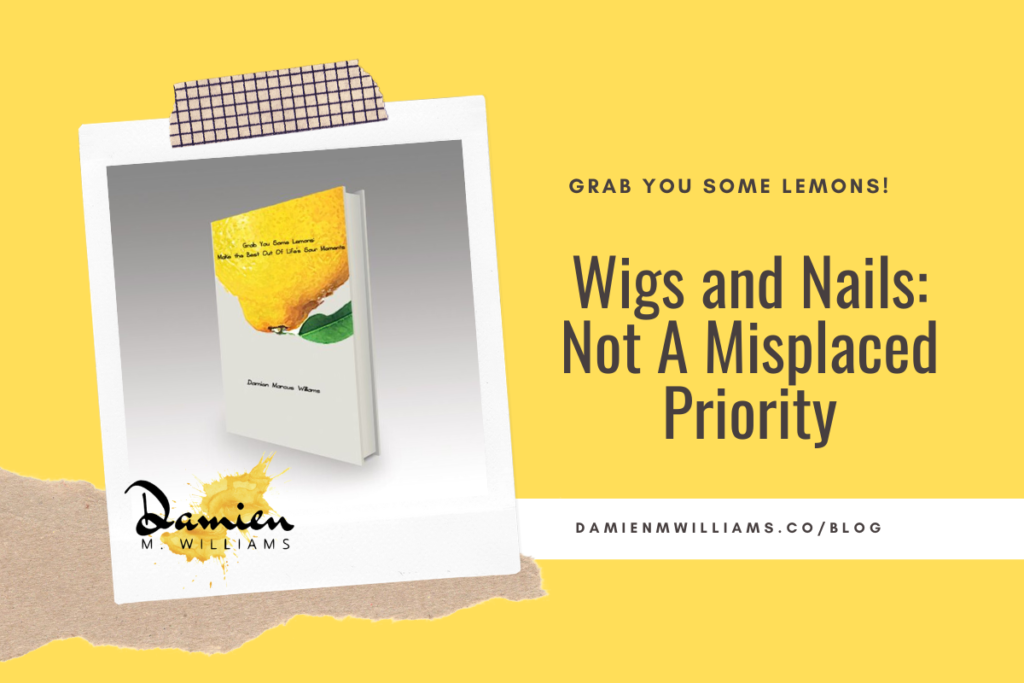 “They need to get their priority in order.”

“They do not have money to send their children to school but they have time to put in hairstyle!”

“I am not sorry for them at all. They too wicked.”

These are among the value statements we make against people living in economically depressed conditions. We speak with such contempt when it comes to the poor and how they “adjust their priorities.” We, with our well-thinking selves, impose upon those we presume ourselves to know better than, a set of values and priorities we “know” to be good for them, so that they can get their lives in “order”.

It was from this position of “awokeness” and perhaps being “well-intentioned”, then President of the West Jamaica Conference of Seventh-day Adventists, Pastor Glen Samuels, spoke at the National Prayer Breakfast in 2016. He did so to great chorus, as his audience erupted in laughter and loud applause, approving what was a very insensitive, callous but well meaning comment about it making no sense that women wear $5000 hairstyles on $5 head.

Pastor Samuels was chastising women, who were spending their money on hairstyles instead of books for their children to go to school. His male and class privilege aside, the statement was plainly simplistic. The analysis that the choices are as simple as wigs and books demonstrates lack of empathy and plain ignorance of the realities faced by the people, Pastor supposedly lumped together and placed small value on.

I have learned that EMPATHY and AFFIRMING PEOPLE’S WORTH go a LONG way in their own journeys of transformation and self- actualisation. In my work in communities, the approach is always to TRUST the intelligence of the people and believe that THEY have the capacity to identify their problems and find solutions for them. The challenge as development practitioners and people who offer service to people we deem less fortunate is that we often position ourselves as Messiahs. 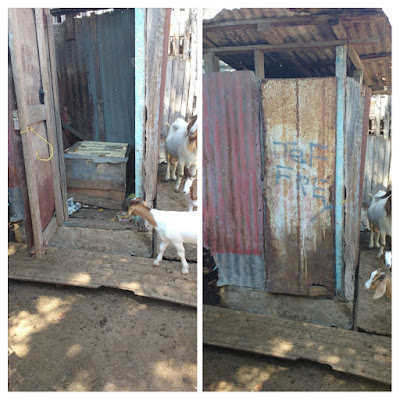 (PHOTO: Almost filled to capacity pit toilet that serves family of 11. There are many more worse off than this, who either have a hole in the ground or are forced to use plastic bags or resort to open defecation)

In my capacity as Field Operations & Capacity Building Manager for Habitat for Humanity Jamaica, I have become closely acquainted with the lived realities of the people we serve. It is also our practice to INCLUDE them at every level of decision. They sit on our project advisory team, they identify their problems; they tell us the type of help we can offer and what it is they are willing to do. They may be of little means, yes. They may not have the many amenities that we take for granted. But they are just as capable and they are the EXPERTS int heir reality. When I walk the communities, I see people who are willing to give, willing to serve, willing to smile and help while they themselves sleep under leaking roofs and within collapsing walls. Often, their houses are without flooring and a one room shares for multiple generations of them. Often, a toilet is absent or very inadequate. Often they dispose of the feces in very undignified ways and have people “cuss” and “style” them. And, I wonder how do they survive? How are they not insane or why are they not all murderers? The people we stay from a distance and judge are fighting impossible odds daily.

Before you start postulating about poor people and their “misplaced” priorities, try living a day in their shoes. Yes, as cliché as that sounds it exposes the privileged positions from which you sit to talk about what they should or shouldn’t do with whatever money they don’t have. What is simple decision making for us because we have sources of disposable/income to save some in the bank for your children’s university career, is not so simple a decision for those whom you sit in your lofty position to judge. Spending on wigs and nails and a party when “pikni fi gaa skool” may seem senseless to you. But imagine days of not having food; no dignity of having a toilet and you have to use “shit bag” and sling it to have those who are a tad better off call you dutty gyal; living in houses that require a tarpaulin to shelter from rain, while inside your house; not having a land to erect your own house so you have to live in crammed spaces, being put to sleep and being awakened by a barrage of bullets; having to hide where you life from the family you left at country or the men who have fathered your children because you are ashamed of where u live; having dropped out of school because it couldn’t capture your imagination because it was under-served… Imagine that as your reality 24/7 and yet being expected to leave your personal torment to go on the street and hear people whisper say you look pop dung!!!! You won’t understand the value that wigs and nails add to their lives until you’ve had to taste of their cup. Privilege is blind. It sees only itself in the mirror. I see you!!