Why I am Conflicted About “Ban on Ifrica”

Freedom of speech & expression are rights I support and feel strongly about. It was a disregard of these rights that partially led to the death of transgender teen, Dwayne Jones. And, now, it is a right that Jamaican reggae performer, Queen Ifrica is saying that she is being denied.

Yet, in the recognition of the freedom of speech, we must be guided by the responsibility that freedom places on us. Our freedoms must never be used at the expense of other people’s – no matter who you are and what you believe or are fighting for. Our freedom of speech must never be used to be maliciously injurious to others. That is why libel laws exist. It must never be used to incite violence, discrimination or prejudice against people. We all have to learn to let people live in their truth and that there is no need to have a crusade against persons who hold a different view from ourselves. Allowing a person who disagrees with my faith, my lifestyle or what I choose to wear or eat is not an affront to my own views. Why then is the proselytizing necessary? Why the need to allow my views to create hegemony?

I may be wrong in my assessment of the situation and so might you. I may be right and so might you. We have a culture that teaches us that for us to be right, someone else has to be wrong. NO! That is a false claim. While there might be one version of the truth, there may be many sides/perspectives/paradigms to that singualr truth. Perhaps we should stop all simplistic & unsophisticated discussion about Ifrica & the lgbt community? This is, for me, a complex issue (and that is MY truth), which is more than clashing of rights. It is a conversation of privilege, power & purpose. I can only specualate about Ifrica’s purpose for making the statement she did at the place and time that she did. Only Ifrica knows the truth about that. She had the right to make an ass out of herself by making potentially divisive and incendiary comments at a national event, meant to unite ALL Jamaicans. And,her right to not support gay marriage or outright voice her opposition to homosexuality must be upheld & respected. 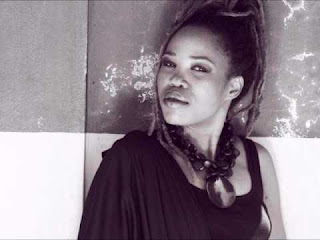 Ifirca, did NOT, however, only state her opposition to gay marriage. Her proclamation might have further provoked the exclusion of lgbt persons as she, implicitly, sought to proselytize other attendees to adopt her views ensure that there are “No gays round here”. My question is, what does that mean? If no gays in Jamaica, Ifrica, where should they go? Are you implicitly calling for their expatriation or annihilation? We have to begin to see the trouble in that claim. That it is not just the expressed speech of disagreement or disaproval; it is, especially for the rabid homophobe, an instruction – a call to action – a call to ensure that there are indeed, “No gays round here.” Ifrica’s statement undermines the quality of citizenship for people she considers gay. They perhaps do not deserve to be at an event for citizens like the grand gala (perhaps because they are not citizens?) and by extension may not even belong in Jamaica. It might not have been her intention but can we just admit how problematic and incendiary the statement is? She never knows how her statement can be read by gays and by homophobes.

And so, the international gay community has gotten all into their feelings about what they considered, a veiled threat that was just wrongly timed (just days after the senseless murder of Trangerder teen, Dwayne Jones. Consequently, they pushed back and bread has been slapped from Ifrica’s mouth. People are angry and hurting and will often react from that place. Ifrica is now saying her right to freedom of speech has been undermined; though on August 6, 2013 she used that right to undermine the rights of a section of Jamaica’s population (who might have also been at the gala) to love whom they choose. People have freedom to say as they wish but privileged people, like heterosexual Ifrica, must consider how their words affect the lived realities of the non-privileged (gays).

I understand the lobby group who blocked Ifrica’s performance in Toronto. I understand that her comments might have caused hurt. I understand and respect the right they have to fight back against the privileged who seek to push them further into the margins. I do not necessarily think that the robbed her of any right because she does NOT have a right to work in Canada. It is a privilege that LGBT community protested to not be afforded her. That said, I might not have tried to stop Ifrica’s privilege (NOT right) to work in Canada. As I get older, I am learning to value conversation over confrontation; to win wars by forming friendships/establishing relationships over starting battles/fights. That is why I am conflicted. While I am not condemning those who lobbied to have her barred, I perhaps would have preferred to help her understand the ramifications of her utterances via conversation. Perhaps that latest move may further alienate Ifrica and people like her and cause the antagonism to swell. This, too, is another blow to Jamaican artistes and indirectly to Jamaican culture and economy (and I am not one given to patriotism at all cost). There is a time to broker peace and a time to draw arms. My challenge is being able to discern the appropriateness of the time (or else we would all be just as ill-timed as Ifrica at grand gala). I have mixed feelings on this because it is a complex issue, which brings into conflict some of the principles I believe in.

I do not think that either advocacy strategy is better. I think we need a healthy balance of both and that is why I have mixed feelings. I hope, above else, that this provokes conversation – that it forces us to come to the table and talk TO each other and not at each other.