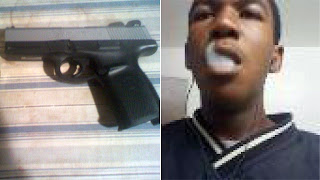 A few days ago, I had to mute the names Trayvon and Zimmerman from my twitter timeline. Of-course that didn’t help. I was still bombarded by Facebook status updates from Jamaicans, who immediately became experts in American jurisprudence. I could have sworn that among them knew Trayvon, personally – they must have been his neighbour, cousin, brother or some relative. They knew Zimmerman was guilty and deserving of punishment. And the venom spewed against the American justice system! OMG! How could they have allowed such a travesty?!

Don’t get me wrong. I, too, was upset by the verdict. Then why was I taken aback by Jamaicans’ reaction to the verdict? I was not upset by their reaction per se. I could not help but notice that some of those said commentators in the American affair, who were calling for justice to be served, ignore and sometimes support instances of injustice, right here, at home. Our anger against what we saw as injustice is not misplaced. Injustice ANYWHERE (yea, even in Jamaica) should concern all of us.

But, I am concerned that we are busy sweeping up our veranda, leaving the inside of our house a royal mess. We need to also see the injustice against Trayvon as a threat to justice here, at home ( as Martin Luther king Jr. said to us). Like I said on my social media platforms, Trayvon Martin & black/poor, Jamaican boys share a common dispensability. The racial inequalities that we all noticed in young Martin’s case, re/presents itself, in Jamaica, as social/class inequalities. I wish we understood concepts of interconnectivity, intersectionality, multiple-belongings & the metaphor of Trayvon Martin.

There is so much about the #TrayvonMartin case that speak directly to how injustice is institutionalized in Jamaica. Race/Class inequalities & the politics of respectabilty are often at the centre of injustice. It is in Jamaica. It was in Trayvon’s case. A black boy in a hoodie is no respectable person. He is up to no good. He had no right in a respectable community, looking the way he did. This appearance of irrespectability ultimately meant that Trayvon was worthy of being suspected to be a criminal and ergo pursued and killed. Zimmerman had to “Put Trayvon in his place”. the poor & other vulnerable groups, in Jamaica, are constantly “put in their place” by government, church, police, etc. We profile young men on the grounds of ir/respectability. Their sagging pants, twisted/natty hair, black lips make them worthy of being suspected and pursued for wrong doing. Respectability is what affords persons the presumption of innocence. Trayvon was presumed guilty by Zimmerman, the prosecution (before they were forced through demonstration to bring a case against Zimmerman), the defence and in part, the media. We construct similar narratives about poor youth from the inner-city in Jamaica. I have spent years in Trench Town, mentoring youngmen, who, to avoid being hassled by police, are sometimes forced to avoid engaging their peers by the roadside. They are not free to assemble because they are not respectable. Do we see police doing the same thing “uptown”?

Another lesson learned from that case is that Rachel’s credibility was dependent on her use of “respectable” language. Her “inability” to speak in the language of “truth tellers”, who very often belong to the educated middle-class, rendered her an incredible witness.The people of Tivoli, West Kingston, had similar hurdles to cross, in trying to get justice. Their statements of fact were deemed incredible until corroborated by “farrin accents”. Respectability provides for you a halo and if you are not seen as respectable, then “dog nyaam yuh suppa”- you become collateral damage as some have described those MURDERED by security forces, in the Tivoli Incursion, in May of 2010. More than 73 killed and by-and-large Jamaicans remained silent, accepting the death of those 73 (some say the number can be more) as simply collateral damage. Yet, we use our social media platforms to advocate justice for Trayvon. Does the concept of justice shift because of geography? Do we hold the American justice system to higher standards than we hold our own? Does it make us feel better about ourselves to focus on the fractures in the American justice system than Jamaica’s? I guess we are absolved from removing the telephone post in our eyes, while we focus on the speck in the USA’s. 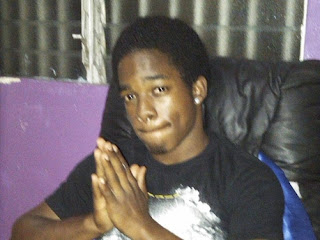 And, what about the middle-class owner of the X6, who angrily came out of his luxury vehicle and opened gunfire into a packed taxi, Killing Khajeel Mais who was a passenger there in? He is a Jamaican George Zimmerman. Where is the case? Is this (alleged) “X6 killer” in jail? Is he free? Do we even care?

Injustice is meted out against our children and their calls for justice will never be heard because politics trumps the children’s rights every time. Human rights organisations come under fire if they ask government to give justice to our children (Trayvon was a child) because they are seen as undermining the party we support. I’ve a question. Anybody can answer! WHAT KINDA GOVERNMENT/PEOPLE IS MORE CONCERNED ABOUT ITS (PARTY’S) REPUTATION THAN OUR CHILDREN’S WELL-BEING?

Class (Race in the case of Trayvon. And often race does determine [perceived] class) & respectability have direct impact on your believability &, ergo, access to justice in Jamaica & that’s the shameful Truth. Our problem is that we do not know how ‘fi tek sleep mark death’. Granny used to say “when yuh neighbor house pon fire, wet fi u.” Hope we learn from #Trayvon as involved as we seem to be in this case.

Jaevion Nelson wrote a most profound article in the Gleaner, yesterday, in which he helped us to locate the Trayvons whom we constantly deny justice, in Jamaica. Read here You may also follow him on twitter @jaevionn

And, please view this blog by my cyber-friend & quiet mentor, Petchary and follow her on twitter @petchary