The Wicked Woman We Love to Hate! 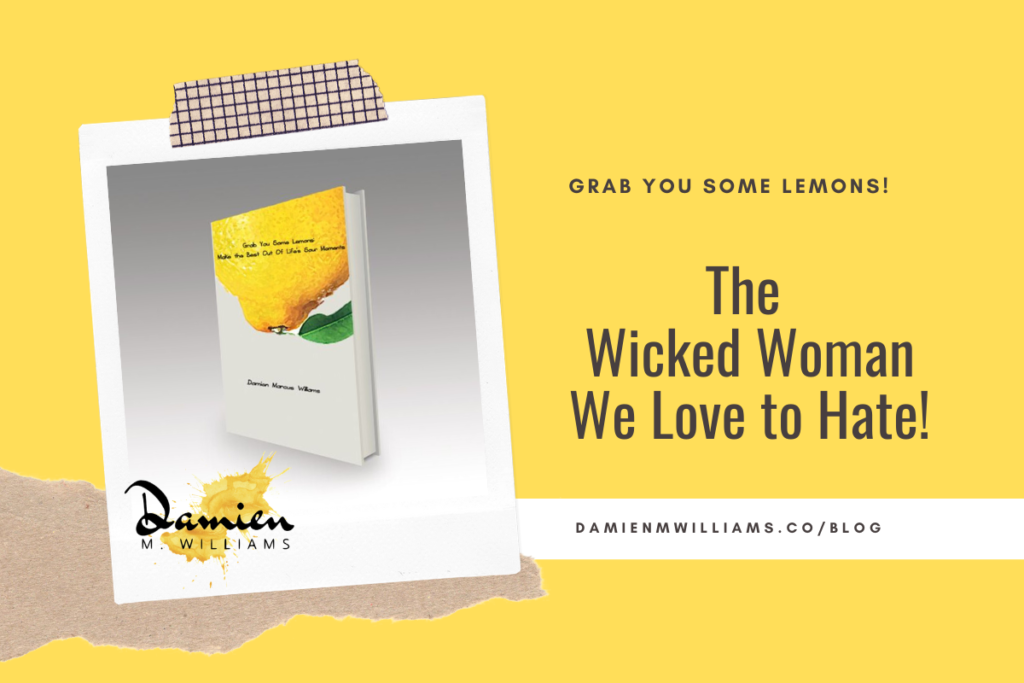 Choose a Caribbean island – any one. There’s a mother who’s just beat her child with the first thing that her hands fall on. The Caribbean is inundated with narratives of mothers who dare not spare the rod and spoil the child – mothers who dig up ants nest and put their child to kneel in it, on a grater with their hands tied behind their back; mothers who use a hot iron to burn the hand of their thieving child; mothers who go into schools to box up the disrespectful child for answering back teacher and bringing shame to her name.

These are the things that Caribbean mothers do. They do this, not necessarily because they are wicked, but in the name of discipline.

There is a video that has recently gone viral. It is of a semi-nude woman beating her pre-teen daughter with a cutlass. A dog who came to the child’s rescue was not spared the mother’s wrath. At first sight of the video my stomach churned. I felt indignation! What a wicked woman! What violence! What abuse! There’s certainly no justification for what the mother did. She was wrong!

Upon deeper reflection, I began to wonder why. What could possess a mother to respond to her child with such anger. She’s a young woman herself. Possibly having this child while she was a child herself.

As a community development practitioner, I see women like this woman daily. They are the women who leave their homes and their children and walk the community as volunteers. They are the community mobilisers. They are the advocates who help share the vision of redevelopment of their community. They are the women who speak on the behalf of the elderly, unemployed youth, disabled, the women who have children who they are unable to support. But these women themselves live in conditions that are unimaginable to those of us who gaze upon them with privileged eyes. They are di “dutty ooman” who play nice a road but defecate in plastic bags or have to dig holes and bury their shit. They are the same ones who on a daily basis, struggle between sending their children to school or using the money to cook dinner later. They’re the same ones who have to put up with abuse of every kind from the men they invite into their lives to ease the financial burden of taking care of the home. They are the ones we judge for choosing to go to a party or getting a new hairstyle over buying a text book for a child. When we, the privileged, do it, it is called self care or self love. When they do it, it is called recklessness and misplaced priorities. 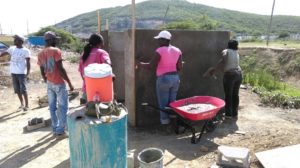 As I thought about that video, I was in even greater horror by comments that followed on social media – alleged voicenote of the pre-teen discussing a sexual encounter with a MAN surfaced and suddenly the pre-teen was re-victimised (by their actions) and villainised by their words. “Wurliss gyaal!” “Di madda av right to discipline har!” “She too force ripe!” No such demonisation happened to the invisible man with whom she had allegedly carried out the “force ripe” behaviour with.

I think also of the mother’s frustration – a consequent of a life of poverty. Struggling to make ends meet, much like the women in the communities that I work with. Balancing poverty and wanting better for her children – better than she had for herself & employing a model of discipline that is perhaps part of the legacy she’d inherited. Violence (as discipline) puts the wayward black body in its place. Frustrated by possibly having to bear the burden of poverty alone. She can be heard saying, “mi tired a unu!” Who helps her? Who comes to her rescue to show her another way? Possibly, through her violence, she has lost a daughter. Perhaps she could have gained her daughter’s trust with a hug or an “I love you” or a conversation. Perhaps she just does not know that those are real options at her disposal. So, after she comes out of lock up, then what? A warning? She, like the women in the communities I work with, is more than the “wicked woman” label that we have affixed to her. She has aspirations of a better life for herself and her children. But she is also a victim of neglect – generations of it, perhaps. Neglected by those it suits to maintain the social and economic inequalities that continue to be oppressive. But then with disdain, we characterise those who buckle under the pressure we have created around them. We have expectations of them to eek out a living, doing days work for minimum wage and have no less than 3 mouths to feed. We expect them to ensure that their children are grown circumspectly and be kept out of prison cells. I think of the level of frustration and the lack of support they have and I wonder, how can we, through compassionate action, help to alleviate such stress and equip them to do right by themselves and their children. I work with and see women like that woman in the video daily – women who are burdened and frustrated and act out of the broken and hurt place but by no means wicked.