My Love/Hate Relationship with the PNP 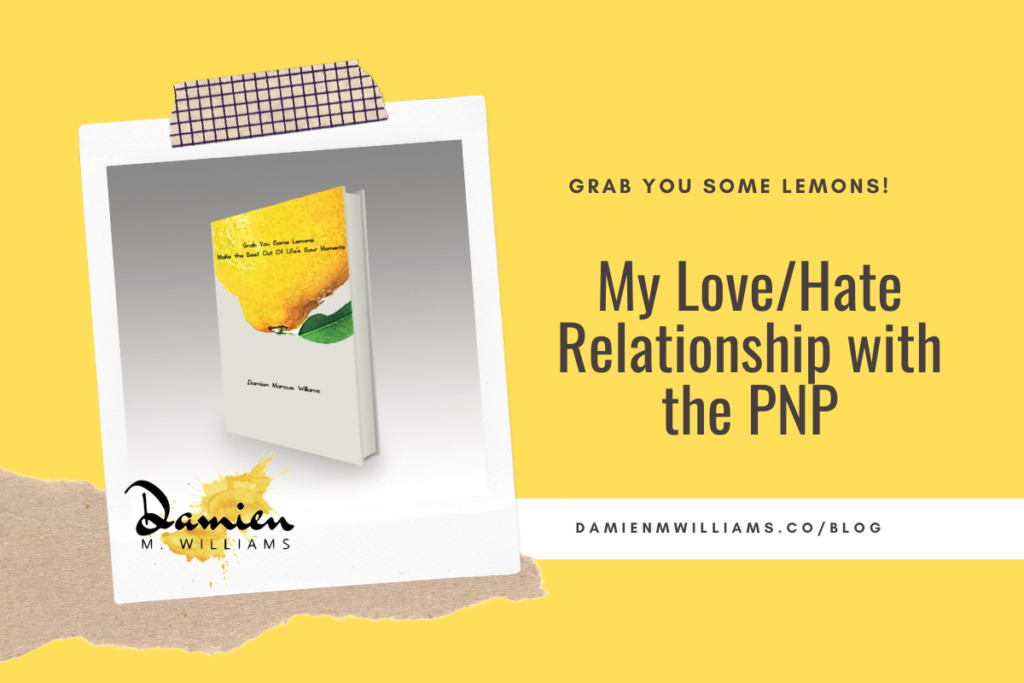 It has been a while since I posted. This is my first post for the year and it is about politics.

Since my last post, much has happened. We had 2 months of intense political campaigning; had a general election; sworn in a new prime minister and convened a new parliament.

During the election campaign, my support was thrown entirely behind the People’s National Party (PNP). My support of the party rested, largely, in what I believe to be the party’s philosophical grounding – people power. The ideology of the PNP resonated with my own political ideology. In part, the Jamaica Labour Party had always struck me as being arrogant and negligent of the poor. Moreover, I had serious issues with the party regarding its position on human rights and with its leader’s complete disregard for the constitution, when he had his senators sign pre-written resignation letters if they should vote for Jamaica’s adoption of the Caribbean Court of Justice. It means that he had no interest in their measured opinion on the matter but was more concerned with sympathy for his opinion, and was willing to control the outcome of their decision by any means necessary. That worried me. His obsession with referanda was also worrying to me and in both cases, I viewed it as a shirking away from real decisive leadership in the best interest of ALL citizens.

However, while I had more affinity with the ideologies of the PNP, I had serious issues with its leadership. There were TOO MANY instances where party leader and Prime Minister failed to hold members of her party and cabinet accountable. I was most vocal on twitter about how I felt about the leadership of Portia Simpson-Miller. My critique of her had never been along the lines of the very elitist and classist framing that are bandied about. But I feel strongly that Mrs. Simpson-Miller’s handlers in the PNP severely retarded her ability to lead. They banked too heavily on her likability and being from the people. They were ashamed of how she spoke – a sign of their own elitist/classist leanings – and shielded her from the media. On this very blog, I have written several open letters and opinion pieces on how I felt about the leadership of Simpson-Miller. 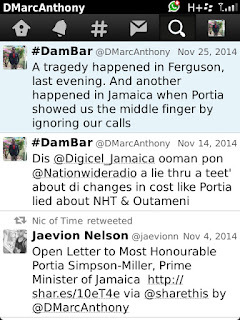 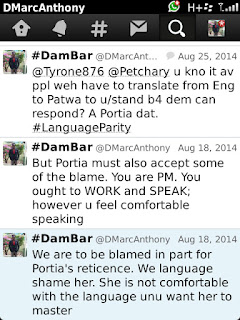 The people took note of all of Portia’s missteps. When the roll was called, she was absent on so many occasions – TOO MANY:
1. Outameni Scandal
2. No action on A.J. Nicholson’s flexi-rape Joke
3. Her refusal to give interviews
4. Her infamous response to the Riverton fire
5. Chik V
6. Dead baby scandal
7. The ousting of Pryce & Crawford

Oh, and how could I forget the Richard Azan & Shernette Haughton scandals? There was no repudiation of or verbalized commitment to transparency and accountability. And, despite her speech at her “Grand Coronation” as Queen of Jamaica in 2011, her adminstration moved to curtail the powers of the Contractor General… Deep sigh….

Too many to mention, were her blunders. This very poor show of leadership wounded the PNP beyond repair, in time for the general elections. And many read Portia’s reticence as arrogance. I did. We hoped that her political capital would give the PNP the edge. But unfortunately, those shortcomings along with a POORLY executed campaign brought an end to the Simpson-Miller led government.

In the wake of the election results, many of us who are supporters of the PNP called for renewal. We were hoping that in the naming of the senators, Mrs. Simpson-Miller would have, at least, demonstrated that she HEARD the voice of the people – the voice she and her handlers have been ignoring all along. But she did not. Her Senate appointment showed lack of vision and confirmed some of our perception that our party leader is out of touch with the people. I turned my nose up at the gender imbalance. I questioned the thinking behind a removal of an Imani Duncan-Pryce and the retention of a Lambert Brown. Like seriously? Lambert Brown? I shudder at the prospect for the naming of shadow cabinet.

What is needed now is a time of reflection and renewal. The PNP needs to galvanize itself around an ideology that is different from the JLP. That was what made the party different and more appealing to the masses – it’s democratic socialist agenda – grounded in equity, justice and self-sufficiency. I long for the party Manley built. But it will have to take renewal. It is time for renewal NOW or else the People’s National Party will spend many years in political wilderness.