Beyond Tivoli: When The Security Forces Go Rogue 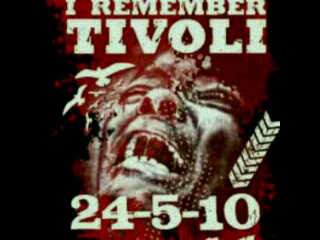 With a National Pledge that emphatically promises, “Before God and all mankind… to stand up for Justice, Brotherhood and Peace, to… play her part in advancing the welfare of the whole human race”, one would have hoped that those who are charged with the responsibility of inspiring the realisation of this vision of harmony, where justice equalises the “we” and the “they”, would commit themselves to same. Unfortunately, the political history of Jamaica is one that belies the words of the pledge. Dogged by violence, corruption, perversion of justice and self aggrandisement,tribalised partisan politics have left the Jamaican masses; the poor and less educated, plundered.

I said those words THREE years ago when Bruce Golding and his then administration made a mockery of justice and the Jamaican people. And, today, those words still hold true.

Today is the 3rd anniversary since the state rained terror upon the people of Tivoli, an economically repressed community in West Kingston constituency, through the use of security forces, which comprised members of the Jamaica Constabulary Force (JCF) & the Jamaica Defense Force (JDF). The people of Tivoli had barricaded themselves within the community in a bid to protect Christopher “Dudus” Coke, an alleged reputed criminal (who was the mastermind behind the “Shower Possee” gang) in the eyes of some. But for “Tivolians” he was Messiah, the one who rescued them from having the need to eat the crumbs that managed to fall through the hands of politicians. You see, in Jamaica, geography(where you live) and class are inextricably linked. In the powerclass, the politicians need the people. In the underclass, the people need the politicians. In the powerclass, you enjoy respect, admiration and “believability” or trust (we call this the “halo effect”). In the underclass, you are suspect, disrespected and prone to violence Tivoli represents the underclass. “Dudus” was wanted by United States (US) authorities for crimes in the US that he allegedly ordered and he faced immanent extradition. Bruce Golding who claimed that he was willing to commit political suicide to prevent the rights of Dudus (any Jamaican)from being denied by the extradition buckled under pressure from US, the opposition and the media and in a move of “expedience” (?) he ordered the extradition of Tivoli’s Messiah. The people of Tivoli weren’t having it and so the built for themselves a fortress – a fortress that will inevitably be penetrated by the security forces, who banked on the geography of Tivoli (and all the attending perceptions that come with it)to launch the assault that will leave more than 80 persons dead; many more injured and missing to this date. The dubbed it a “war” – “A state of emergency”. Yet, only ONE member of the combined State Terrorist Group force was killed and significantly fewer guns and ammunition than bodies were recovered.

The people of Tivoli complained about unarmed men being hauled out from their houses by the securities and shot in cold blood; mortars being used to penetrate the barricade; robbery and abuse by the security personnel; spy plane; they said there was NO war. They, of-course, were not believed – well, not until video recordings (by the US) revealed that they were indeed speaking the truth and our leaders (Dwight Nelson, Bruce Golding et al) and security forces were given to profound mendacity. The location (geographic/socio-economic) of the people of Tivoli made them liars and vulnerable to the state, and its security forces’ abuse of power (because they possess the “halo”. The poverty of the people of Tivloi gave the security forces the impunity they needed to act so violently and inhumanely against the residents. They continue to enjoy that impunity as the powerclass stays in their Ivory towers and claim their protection against those who threaten their security. “They were casualties of war”, they’d say. “The security forces were only trying to keep the rest of ‘us’ safe.” They feel justified in their apathy towards the grave injustice that took place in Tivoli; against the people of Tivoli.

But the security forces’ abuse of power and the apathy of the powerclass go beyond the geographical boundaries of Tivoli. Wherever you can find the poor you will find that the police use force in excess. You will find that there are missiles of suspicion and accusations and stereotypes that are throne at them – their dignity stripped. The poor do not get to enjoy respect. You see their class disqualifies them from achieving many of those things that are markers of respectability (delaying children until adulthood, nice car, expensive education, proficiency in Standard Jamaican English..etc.). When Vanessa Kirkland was s fatally shot, by officers with the JCF, in a passenger-filled car that they claimed matched the description of one used in a robbery earlier, her respectability was brought into question to justify her killing (she was accused of being a problem child, promiscuous, pregnant at the time of her death etc.). However, though we all agreed that the killing of Kieth Clark was unjust and needlessly tragic, nobody dared to hint that he was involved in any activity that compromised his respectability. The difference between Kieth and Vanessa was their location (geographical and socio-economic).

On Saturday, September 1, 2012, a police officer, supposedly attached to the Yallas, St. Thomas branch of the Jamaica Constabulary Force (JCF), shot an killed a 25 year old woman, who, at the time of her death was eight (8) months pregnant. The young woman was identified as Kayann Lamont of a Logwood address in said parish. Lamont’s crime was that she dis/respected the officer. How? She allegedly used the Jamaican profanity, “bomboklaat”. Again, disposable because of her location, which did not offer her the respectability (against injustice) that privilege offers others. There was no great outcry. Not even from our female prime minister – considering Lamont was 8 months pregnant. How could a police officer, armed with a loaded gun, face off with a pregnant woman, who was only armed with a “bomboklaat”? The JCF went into crisis management mode and by the time they were finished describing the wonderful, Christian, family oriented, amiable officer who murdered Lamont, you would have declared him patron saint. I am still waiting on a profound condemnation of such excessive and in Lamont’s case, unnecessary use of force. The rate of conviction of (rogue)police officer who abuse their powers is almost NIL. In cases where “good” officers try to do good, they are demonised and often manipulated and intimidated by senior officers and politicians. If you think this is simply old wives fables, ask Sergeant Jubert Llewellyn, who ratted on the Senior Superintendent, Forbes and his friends.

There is Dianne Gordon who was shot many times, at point blank range in what the JCF called a “shootout”. Pieces of her flesh mingled with her blood, in the yard of her Cassava Piece residence, evidenced the gruesomeness of her killing. Again, no great outcry. Her location mitigated any chance of real and swift justice. You may say that Justice is blind or should be. It is not and it should not be. Justice currently sees the wallets of the rich because justice costs. Justice must recognise the poor and its responsibility to make itself accessible to even them.

Not even an unarmed mentally ill man, writhing in pain on a dirt path is beyond the tyranny of the JCF. Not even a young, promising young man from Mountain View, himself a youth leader and member of a police boys club, who was unarmed in his bedroom is innocent. Not even a “rasta man” who made several reports and videos of being harassed and threatened by police was spared. Killed, and his pregnant Japanese wife/widow beaten – she fled back to Japan traumatized and fearful for her safety against those who, ironically, vowed to PROTECT and serve… 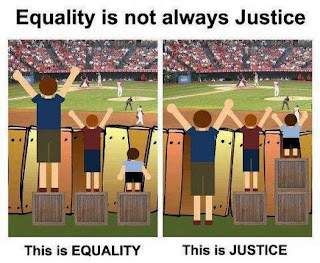 Yet, so many look on with apathy and antipathy towards the poor. Because, you see, the poor cannot be trusted or believed. It is from among them the vilest of criminals come. But to deny them justice exposes ALL of us to injustice. Benjamin Franklin said, “Justice will not be served until those who are unaffected are as outraged as those who are.” I dare to say that “justice will NEVER be served for anyone, until justice is served for EVERYONE.” -STOP THE TYRANNY OF OUR SECURITY FORCES TODAY!!!!