ON WALKING BOLDLY IN PURPOSE - AND HELPING OTHERS DO THE SAME

As I have walked through the various aspects of my journey throughout the years, I have learnt that every experience has had its perfect place in the tapestry of my life. This has allowed me to bring all of who I am and all of who I’ve been to the table and offer it in service to others who will benefit from the lessons and for themselves, bring to the table all they are and have been as they press toward all they were meant to be.

Use the tab titles below to learn more about each phase of Damien’s journey.

He nor his loved ones may have known it then, but Damien Marcus Williams’ life had set him on a collision course with destiny and purpose from the onset. The product of a teenage pregnancy and subsequent failed abortion, Damien’s earliest experiences has seen him defying the odds. At age 6, he met his mother for the first time, and by age 9, he had left her house to live with his paternal grandmother.

While his grandmother took care of him, the circumstances at home were less than ideal; shrouded in prejudice and being treated as less than. By the time he was 13 years old, after a confrontation with his grandmother, Damien began living between his father’s house and on his own. It was this situation led to what he describes as ‘an unhealthy relationship with alcohol.’

This would all come to a head, as by age 16, he had a nervous breakdown. Three years later, after the death of his father at age 19, he left his father’s house and went to live fully on his own and began on the path that has led him to where he is today.

Damien would sing in hotels at night and work as a teacher by day. It was here that his life’s journey truly began. He would also host his own radio programme in his native Grenada until hurricane Ivan in 2004 destroyed the station and much of the country’s infrastructure. He is grateful that nothing happened to the house he was renting and notes with a laugh that he slept through the entire duration of the storm. By this time, he had applied to the Jamaica Theological Seminary to pursue a degree in Theology. Due to the storm hitting both Grenada and Jamaica, Damien would arrive in September (approximately a month after school started in August) to pursue his studies.

In his mid-twenties, Damien moved to Jamaica to pursue studies at the Jamaica Theological Seminary to pursue a degree he felt was connected to his purpose. This was post hurricane Ivan in 2004, and although Damien had already established a career as a teacher in his native Grenada and was on the verge of pursuing a career in law, he was ready to pursue what he felt was his divine calling and purpose. Much of the experiences during this part of Damien’s life is documented in his critically acclaimed book; Grab You Some Lemons: Make the Best of Life’s Sour Moments. It is this period of his life that Damien refers to as ‘grabbing lemons.’

His early life in Jamaica, was one that he now sees as one of character formation. Looking back, he sees this experiences as similar to following Hansel and Gretel’s trail of breadcrumbs. He no longer had the safety of friends and familiarity. Instead, life (and the lessons, thereof) unfolded one breadcrumb or step at a time as he sought to navigate the unfamiliar. It is these lesson he has been able to harness, mobilise and leverage in his work. It became a discovery of purpose and how that allows you to create opportunities for oneself and others that are bigger than how you could have dreamed for yourself or others. This is why he believes, that every experience is our teacher and that when life throws us lemons, it is our duty to grab them and squeeze all their juices.

Unsurprisingly, Damien’s journey has been filled with many of the ups, downs, turns, and twists that come with life’s only constant; change. Still, it is his collective experience that has helped shape where he is today. Being one to not merely talk the talk, but also walk the walk, Damien has been able to grab his life’s lemons, and squeeze from them the lessons that have helped to shape the life-changing and transformational programmes designed to reform individuals, communities, and organisations all across Jamaica and the Caribbean.

Damien’s experience have not only resulted in his passionate pursuit of purpose, but also in a drive to see purpose awakened in others. As he describes it, his purpose is to “help others apprehend their inherent worth and the value that they offer to the world. “

JASL is the oldest and largest HIV/AIDS response non-governmental organisation in the English-speaking Caribbean.

EACH ONE REACH ONE (EORO) FOUNDATION

Damien serves as a Director at the Each One Reach One (EORO) Foundation, an organisation concerned with transforming communities through educational opportunities for the most vulnerable.

Damien has served as a Field Operations and Capacity Building Manager charged with community mobilisation tasks and implementing a disaster risk reduction project which employed participatory methodologies for behaviour change and social transformation.

A faith-based violence prevention organisation that uses the arts to teach values and attitudes, and financial literacy for social transformation and wealth creation, the Praise Jamaica Foundation is the organiser is the implementer of the Spring Praise Jamaica programme/project.

Through its works, and in particular, the Spring Praise programme, Praise Jamaica Foundation positions youth to be in better relationship with God, self, family, and community.

Damien serves as the Project and Training Coordinator charged with overseeing the proper training of the organisation’s student and staff ambassadors and mentors (student teachers from Edna Manley College of the Visual and Performing and Jamaica Theologians Seminary).

Ekklesia Bible Fellowship is a Christian congregation committed to fostering an atmosphere where all who worship are celebrated for their wholeness in Christ.

Damien serves as an Elder (equivalent to Reverend) at Ekklesia Bible Fellowship responsible for evangelism, outreach, praise and worship, and prayer. 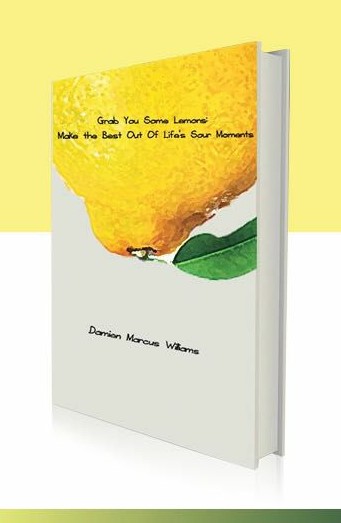 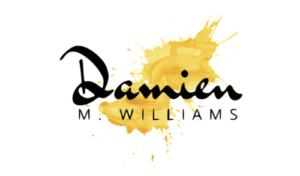